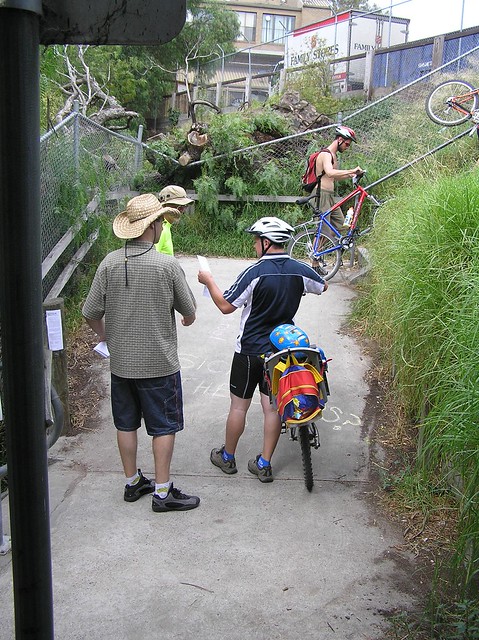 Listen to Yarra Bicycle Users Group Radio, broadcasting every Monday at 10-10.30am on 3CR Community Radio 855am + Digital and streaming live on the web at 3cr.org.au.

YarraBUG Radio explores all the best things about being on a bike.

We talk to the people organizing the fun, designing bike fashion, turning the pedals, writing the books, nerding out about groupsets, singing out loud at the stop lights, designing and building your local infrastructure, racing around in circles or up really big mountains, eating the cheese, tweaking and testing and writing the poetry. Presenters are Chris, Faith, Val and Steve.

City of Yarra Bicycle Advisory Committee
The Yarra BAC aims to give local residents an opportunity to provide regular input to Council on the development of the local bicycle network and other bicycle infrastructure in Yarra.

Membership is open to any member of the Yarra community with an interest in policies related to cycling and the development of the local bicycle network. Yarra Council representatives on the committee are Cr Mike McEvoy, Cr Jackie Fristacky and Cr James Searle. All meetings are held on a Wednesday in the Wurundjeri Room, Collingwood Town Hall, from 6.30pm to 8pm.

Back history: Rushall Reserve shared path consultation (April-May 2015)
In June 2014 you may recall the community pressure that helped retain funding to help proceed with a bypass to riding through the underpass at Rushall Station. Yarra City Council is currently seeking community input on a proposal for a Shared Path through Rushall Reserve linking Rushall Train Station to the existing path at the end of Holden Street, North Fitzroy.

East West Link – cutting Yarra cycling routes in half?
NOT ANYMORE – IT’S DEAD! The East West Link project reference design is between the Eastern Freeway to Smith Street – or is it? After reading through the voluminous CIS documents we found no reference to the current Yarra bike strategy and nebulous references to what will occur to cycling routes during the projected construction period of up to 4-6 years. Read our CIS submission to the Planning Panel made on Monday 7 April 2014:

November – December 2013 Wellington Street ‘Copenhagen Lanes’ – We need people to contact all Councillors – especially those who voted against Wellington Street Advisory Group recommendations. Tell your story why you want these lanes, why they are important to you, your stories of riding through the area, especially if you live locally.

If you’re interested in finding out about YarraBUG’s prior advocacy work, please feel free to register and read our email archives – yahoogroups (2003- 2007) and email archives – mailman (2004- current).

Please contact us if you have any originals of news articles that related to cycling issues in Yarra.

Interview in the Melbourne Times (Jan. 17, 2007) For more on the YarraBUG Gipps Street Steps and Main Yarra Trail actions, read more on this campaigns pages Click here for a scan of the original article. (gif image, 1393kb)

Riding to Work is faster and more fun!
Listen here for the Great Commuter Race (17/11/05) between bicycle, car and bus, as part of ABC 774 Melbournes Transport Blitz on Jon Faines morning program. And the winners were, of course, bicycles!

March 2008: Letter of Support to Melbourne Council in regards to improved bicycle parking at Lygon Court in Carlton and response from Cr Catherine Ng.

February 2008: Community Coalition for the Darebin to Yarra Link Trail: Press Release (27 /2/08) In 2005, a number of diverse community groups formed a Community Coalition with a common goal of â€˜actively lobbying for completion of the missing links in the Darebin â€“ Yarra trailâ€™. The coalition has since expanded and now represents a range of interests in the shared trail, including local bushwalkers, environmental groups, recreational and commuter cyclists, and schools.

September 2007 – Ongoing: City of Yarra: Planning, Environment and Infrastructure Committee (Nov 07): 4.3 Support for Bicycle Riding. (Refer to pages 20-25, pdf file, 15M) This motion developed as a result of discussions at the YarraBUG Public Forum and is still before council. Click here for a extract from the CoY Planning Agenda.

June 2006: Submission to City of Yarra regarding cyclist safety issues at Pigdon and Canning Street Roundabout.